Next, the electronics.  The Rostock Max uses an Arduino based board, called RAMBo (I always wonder if the acronym is found before the meaning for it :-).   In any case, the RAMBo board was developed through the RepRap projects.  It’s cheap, stable, got tons of people working on it and is very easy to install.

Here’s a picture of the board installed.  You can see the stepper motor wires at the bottom.  The stop end wires are the black and white wires in the middle of the board.  Hot end and fans are mainly on the side. 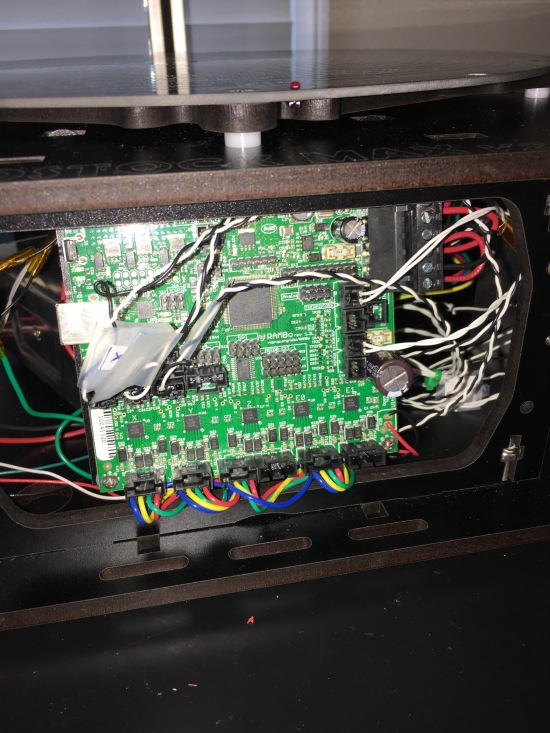 This part of the assembly took me the most time.  The reason is that I dreaded the idea of connecting something incorrectly or having a short.  Those issues are difficult to debug for a software guy like me.

In any case, assembly went well.  I turned the power on and there was no smoke coming from the board… Small victory!